The last few hours in Sydney were good ones. After picking up her Backpack from Wake Up! Jessie only had to walk across the road to Central Station for her Greyhound Coach. She was booked on a coach leaving at 7pm and would arrive at the Bohemian and beautiful Byron Bay at 7:45 am the next morning.

Jessie wanted to catch up with her friends Tom and Macauley, childhood friends from the age of four. They had left the UK the same week as Jess, but started their journey in Melbourne and would eventually go to New Zealand to work. The pair were a bit further North than Byron Bay, but were going to meet up in Noosa.

The Greyhound pass was quite a simple App on her phone. Adding dates and destinations on the Greyhound Route and easily changing them if the plans changed.

Jessie What’s App’d me when she was

Currently driving over the Sydney Bridge

to let me know it was

Such a PENG coach!

Getting herself comfy with the boomerang shaped travel pillow her brother gave to her as a useful Christmas pressie, her Greyhound, East Coast, Backpacker Trail, Road Trip had begun!

At 11pm she tucked into some chips at a service station before settling down again to get some sleep for the remainder of her 12 hour coach trip to the Subtropical destination.

Having loved the Surf Camp so much the week before, Jess booked herself into another Mojo Surf Hostel for a couple of days of Surf n’ Yoga.

Exhausted at the end of her first Greyhound Coach journey she waited for the free shuttle bus to take her to the hostel at 8am. She was a little bit confused however as the place it took her to was called the Arts Factory!

The Arts Factory Lodge is a cool, tucked away budget Hostel, created by Hippies in the 70’s. It then became a Rock n’ Roll venue in the 80’s and is now a hip place to “Relax, Rejuvenate & Recycle”. With its Hippy Roots and Tents I thought Jessie would feel at home.

We stay in teepees…crazy…..This place is crazy

She settled into her teepee with 3 other young women, then had a very laid back lunch before her first Surf lesson. The Mojo Surf Camp is made up of a fun Tipi Village. Each one has 4 beds with access to a shared bathroom and kitchen, although all the food is provided on this package. The camp is located right next to Byron Bay Brewery which has DJs, Gigs and performances in the evenings. There is also a nice pool and hammocks to relax in. It is a 10 minute walk into town and all that has to offer!

On her second day at the Arts Factory she had a choice of Yoga or Surf and also managed to have a good look around the town. Jessie thought I would love it there with all its Organic food shops, Jewellery makers, quirky streets and colourful Street Art.

I love that my daughter is doing this trip and it is inspiring me to become a “Silver Surfer” at some-point in my future. This is quite a U-Turn for me as I was quite happy thinking that I would become a Wicker Basket carrying Yummy Granny. I glad to say that I have now sold that Wicker Basket on Ebay, along with a load of other items that will hold me back.

With more self confidence Jessie made much more effort to connect with people. While waiting for her surf lesson a young woman smiled and spoke to her

I recognise u, were u in Bali?

They had such a good day, talking, surfing, lunching,chilling and Yoga-ing. The Yoga Jess did was called Ashtanga Vinyasa –

a more physical movement. It’s about focusing on the heat going through ur body

It was probably good that she had done some beginner classes in Bali to give her an idea and feel for the poses.

Feels good, it’s hard work, but worth it!

Jess bought some snacks from Aldi for the next leg of her Greyhound Journey in the morning, but before that she had Reggae Night at the camp to enjoy.

In the morning she had a pre-paid breakfast voucher left, so decided to get the Red Lentil Dahl as it came in Take Away tub and would eat it at the Bus Stop.

When she arrived at the Gold Coast Jessie left her Backpack at the Greyhound Store at the Bus Station and headed to Surfers Paradise.

After 4 hours hanging out at the Gold Coast, Jessie made the rest of her journey to Noosa to meet her friends. The bus rolled in, she got off and made her way to Nomads Hostel and there they were waiting for her. They picked her up, swung her around and she cried with happiness and relief ( I think).

Follow My Daughter's Gap Year & Other Adventures on WordPress.com 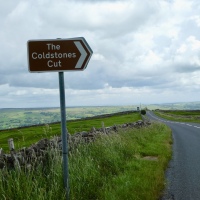 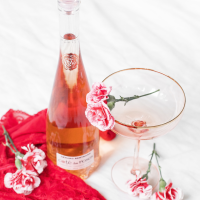